The path to becoming a good trader

Learn to Manage Your Emotions

The path to becoming a good trader

Learning to trade is a psychological process

When a beginner learns to trade, they progress through stages as they develop their mindset.

The most commonly used learning model for trading is an adaptation of the four stages of competence model developed by Gordon Training International. It has been adapted to incorporate a fifth stage – an awakening moment. The following model will explain the stages that a new trader may experience when learning how to trade.

The most common learning model for trading is an adaptation of the four stages of competence model, developed by Gordon Training International, but with a fifth stage called the awakening moment.

The five stages of learning to trade

This is the first stage that a trader goes through and they do not know that they have a lack of knowledge. In this stage, beginner traders will take their first few steps by downloading a platform, opening an account and begin to place trades.

However, they are influenced by emotion – usually lured by the thought of making a great deal of money in a short period of time.

Either one of two things are likely to happen for traders in this stage:

Eventually, the trader may move to the next stage or they may stop trading altogether. 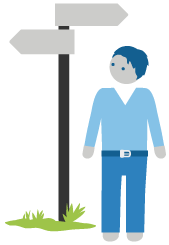 Traders in this stage now understand that they need to learn. Guided by the thought that the more trading knowledge they have, the better they will be able to trade, new traders will try to put what they have learned – from books, articles, DVDs, and forums – into practice.

Beginners also seek the help of expensive "experts" and fall for "get rich quick" strategies.

When the trader continues to experience poor results, they begin to blame losing trades on the strategies or "bad" information that they received – not their own behaviour.

This stage may last a week or it may last several years – everyone is different.

The stage of conscious incompetence is the most dangerous for any new trader.

Traders in the conscious incompetence stage believe that the more trading knowledge they have, the better they will be able to trade.

To see if you are in this stage, ask yourself:

Answering no to any of the above may mean that you are stuck in this stage. 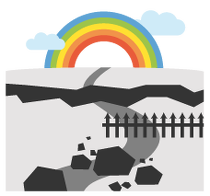 Traders in the awakening moment will realise that successful trading comes down to the psychology of the trader and their approach to the markets.

A basic understanding that you will never be able to predict what will happen in the markets, starts to form. You begin to realise that making money is based on a series of trades that incorporate winners and losers, and that it takes discipline to stick to a system, cut losses short and let profits run.

A trader in this stage will begin to enter and exit the markets whenever their system tells them to, without judgement and despite the emotion they are feeling.

A trader that has reached the conscious competence level will have progressed to the point where they stop trying to "pick" the winning trades. Whenever the system dictates that a position should be opened, they do so despite how the trader feels about it.

At this stage a trader is subject to emotion and it still takes effort to be disciplined, however losing trades are easier to deal with because it is understood that this is part of the process to make money overall.

Risk management becomes the key trading element and the approach is taken to build an account up over time and not to try to get rich quickly.

By continuing to gain trading experience, a trader can move to the next stage.

During the conscious competence stage, it still takes effort to be disciplined, however losing trades will be easier to deal with because the trader understands it is part of their system.

A trader is said to have reached the stage of unconscious competence once they have traded with so much practice that they are able to trade in an almost automatic mindset.