The application of Psychology

Popular trading advice will tell you that psychology is the most important part of becoming a successful trader. This prevailing wisdom essentially says that after learning how to read a chart, the difference between making money or losing money is mainly determined by your ability to be disciplined, confident, fearless, and able to avoid greed.

As a mental game coach, I’ve made a career helping professional golfers, athletes, poker players and traders solve the psychological problems limiting their performance. With traders thadat means helping them with a variety of problems such as, making the transition from the simulator to the live market, reducing hesitation on entry, and avoiding revenge trading, greed and discipline.

So is trading then only about psychology? Actually, no. 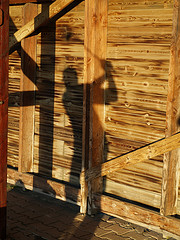 Coming from a background in golf—3-time collegiate All-American—I learned early on in my career the importance of having a strong mind, since mine choked when I had a good chance of qualifying for the US Open. So the notion that golf was 90% mental certainly applied to me and motivated me to work hard on my mental game. But as I dug into the mental side of the game, it became clear how misguided that idea is—turns out my technique needed a lot of work.

Think about it, if golf was 90% mental wouldn't the Dalai Lama be an excellent golfer? He’s not. Why would a professional golfer spend most of their time honing their swing, and not meditating or working with a psychologist? They don't because while the mind matters, it can’t overcome faulty technique, and is instead what allows a golfer to get the most out of their technique.

You might be thinking that golf is a physical game, so it’s not a fair comparison to trading. How about poker? Poker is as physically demanding as trading and online poker even looks a lot like trading—players often set-up their virtual tables with a range of statistics that function and look a lot like indicators on your charts. If you think you can be a successful poker player after learning the rules and hand ranking—the equivalent of learning how to read a chart—I have some clients who would like to play some poker with you. In poker, you would be called a ‘fish’ and the card sharks would love to have you sitting at their table.

While the mind matters, it can’t overcome faulty technique, and is instead what allows a golfer to get the most out of their technique

If trading was mostly psychological wouldn’t yoga instructors make the best traders? I understand the basics of trading, just as I understood the rules of poker and some basic strategy when I got into that industry. Being a mental game coach and having cured my own mental leaks you can imagine my mindset is quite strong. But if you pit me against an experienced trader riddled with emotional issues, he will make more money than me over a large sample (anyone can get lucky in a few trades) because of his understanding of markets forces, indicators, and other technical knowledge. Having a strong mindset mainly helps after you’ve gained enough knowledge and skill to understand a good trade from a bad one. Psychology can’t fix a faulty golf swing and it can’t fix faulty trading technique.

Psychology is Easy to Sell

So why has the myth that trading is mostly psychological stuck around? Perhaps because it’s an easy sell. Many people come to trading looking to make easy money—just as they came to poker during the internet poker boom in 2006. They’re looking for a magic bullet to get them making money quickly and there’s no shortage of people looking to capitalize on that motivation. Selling a course on improving your mindset is much easier than selling the reality that you have to work hard, make mistakes, and put in a lot of hours to become a successful trader.

Psychology has been hard to quantify and is often esoteric. As such, people selling mindset advice can get a free pass when their information doesn’t work. They can simply shrug their shoulders and make you think your mind still isn’t strong enough to be making money. It is harder to defend trading advice that hasn’t proven to be profitable for you.

I’m not suggesting that everyone selling psychological advice in this industry is a snakeoil salesmen. Far from it. I’m simply saying there is a bubble in need of a market correction.

When Psychology Becomes 90% of Trading

Now that I have debunked this insane notion that psychology is the most important factor in trading success, what is the right way to approach using psychology in your trading?

If you are relatively new to trading, the only way you are going to make progress is by increasing your trading knowledge and technique. For you, I’m going to suggest that 90% of your time should be spent developing this expertise and only 10% on the psychological side. If you have an interest in psychology, by all means keep an eye on it. Make notes about small mental issues you notice and bookmark interesting psychology articles.

Spend 90% of your time on developing expertise and 10% on psychology.

But first and foremost, your mission is to become a skilled trader—don’t be someone just looking to get lucky and conveniently blame it on psychology when trades do not go your way.

So why do all the top professionals state that it’s 90% psychology?

As your knowledge gets stronger and you begin to prove that your trading strategy can be profitable, psychology becomes more important. At that point, you can spend 30% of your time working to improve your psychological approach to trading. Then, when you get to the point where you can make trading a career, the ratio can even out to 50/50 and after proving to be a profitable trader for years you can spend 90% of your time on psychology. But that doesn’t mean you have to.

Turns out the original quote about golf being 90% mental wasn’t completely wrong, it has just been misapplied. The original intent of the quote was a reference to golf played at the elite level being 90% mental. When you get to the top of any profession, the skill differences between top performers is tiny. At that level, something relatively small like psychology suddenly provides a huge opportunity to gain an advantage.

As a guy selling advice on the mental game it’s in my interest to feed this bubble market and let you believe that psychology is more important than trading technique.

I have no doubt lost clients over the years being this honest about the role of psychology, but it’s not in me my long term interest to peddle this notion. The golf psychology advice that was around when I choked in the US Open qualifier didn’t help me, in part because it never helped me question whether I had the skill to succeed at the next level. If you are a professional or make a solid side income as a trader, now is the time you should begin to take the mental side of trading more seriously. Until then the best way to solve your mental game flaws is to make them irrelevant by building sound technical skills.

The original quote about golf being 90% mental wasn’t completely wrong, it has just been misapplied. When you get to the top of any profession, the skill differences between top performers is tiny. At that level, something relatively small like psychology suddenly provides a huge opportunity to gain an advantage.
show less
The application of Psychology
30 day money back guarantee
Redeem Scholarship Coupon