GET PREMIUM NOW
previous lesson
Accelerator
next lesson
What is divergence

Divergence is a concept that can allow a trader to see a possible reversal in the direction of price ahead of time.

When you see a divergence, it is not a definite indication that the market will change, or that as soon as a divergence is seen, a trader should enter a counter-trend trade. It does, however, allow a trader to see that the current market conditions could be changing and they should start looking for possible entries in the opposite direction to the current trend. The higher the time frame the stronger the likelihood that a reversal may occur.

What is divergence and how to spot it

Usually, when using indicators, you would look for specific signals — for example, when the stochastic indicator crosses the 20 or 80 line, or for the MACD lines to cross over. 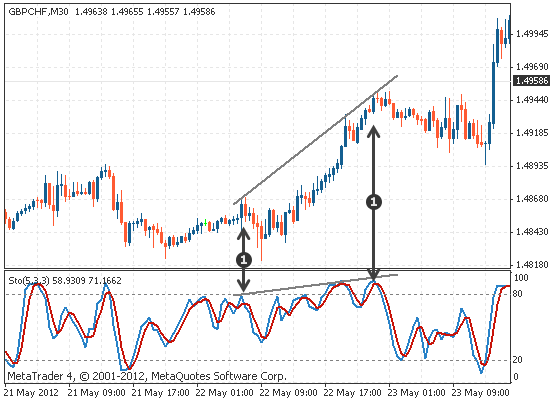 However, a divergence takes place when the indicator moves out of sync with the price action over a period of time. The length of the time is unimportant, just enough to make the comparison.

To find a divergence, first, see which way the market is trading. In the chart below, price is making a series of lower lows and lower highs denoting a downtrend. The indicator, however, is not making lower lows; it has made a higher low. 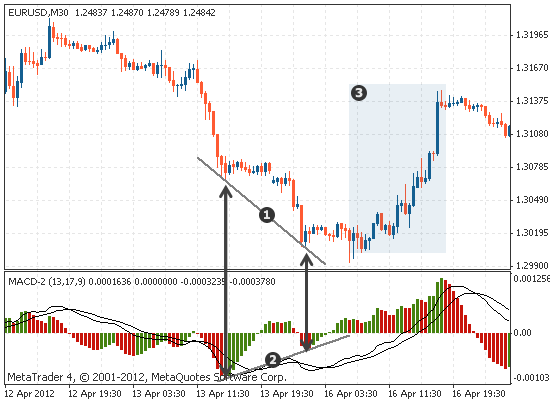 As you can see in the chart, a divergence has taken place between the price action and the indicator. The price has made lower lows, but the MACD histogram has made higher lows. Soon after, the downtrend starts to reverse to the upside.

It takes practice to spot a divergence. However, once you are accustomed to finding them, they can be a useful tool to spot upcoming trend changes.

Which indicators can be used to find divergence?

Common indicators are the stochastic indicator, the MACD and the OsMA. However, almost all indicators can be used to find divergence.

The chart below shows an example of divergence being spotted using the stochastic indicator. 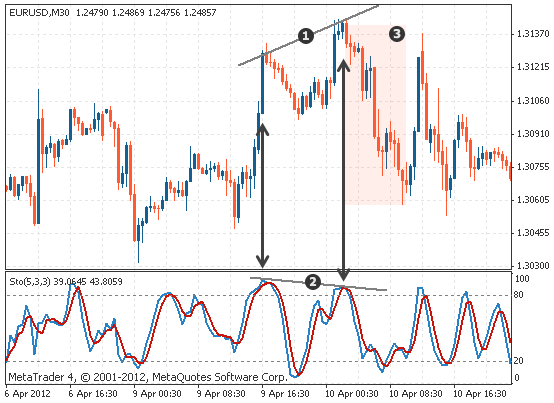 The chart below shows an example of divergence being spotted using the OsMA indicator. 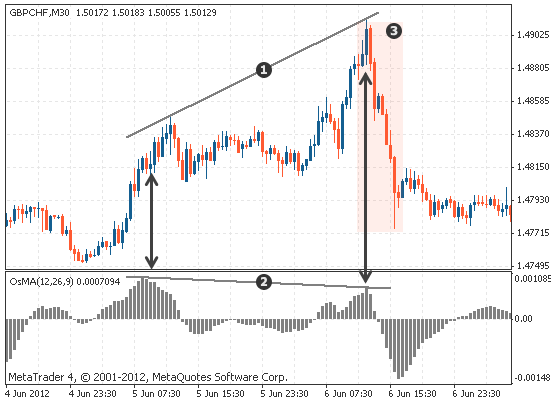 There are a number of ways you can use divergence for trading. However, you should remember that divergence is a concept that should be used in conjunction with a strategy. That means you still need to define your entry point, your stop loss and your profit target. Divergence can be helpful in preparing you to get into a new trend direction early on.

The following table gives you an overview of what kind of divergence is taking place, the behaviour of the price action and indicator, and what kind of a trade you should look for.

Below are a few examples of how you can apply divergence in your trading decisions.

Using a trend line as shown in the chart below, you can find an entry by first finding a divergence and then entering into a position once the price action breaks the trend line. This can be used in conjunction with multiple time frame analysis or on a single time frame. 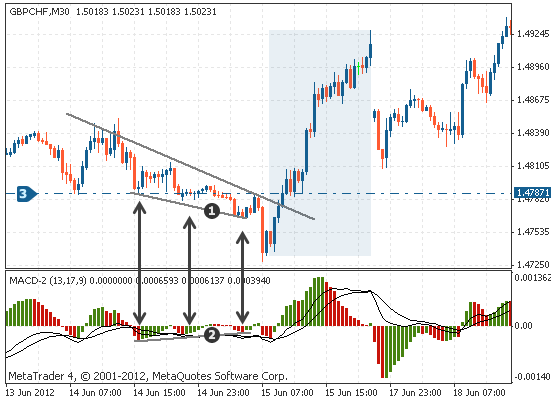 Divergence can be combined with multiple time frame analysis. If you are using a higher time frame to identify the direction, then a divergence can help you find a change in the overall trend. It is then possible to go to a lower time frame and find an entry using a specific method, such as a trend line breakout.

In the chart below, a higher time frame is used to determine the market direction; the indicator shows a divergence, thus indicating a price reversal. 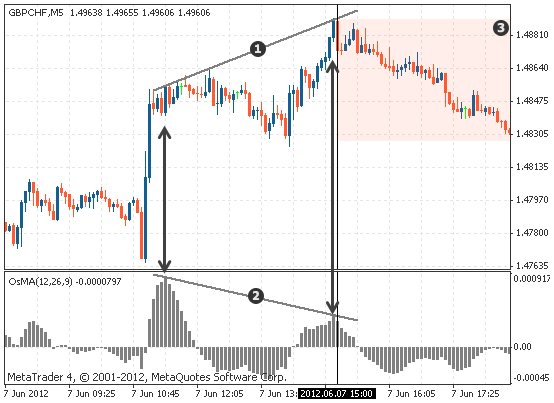 You can then move to a lower time frame to find possible entries, as shown in the chart below. 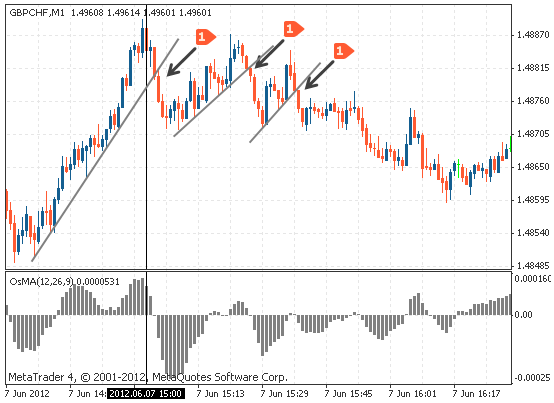 show less
previous lesson
Accelerator
next lesson
What is divergence
Introduction
Trending indicators
Oscillating indicators
Volatility indicators
Understanding divergence
Enrol into this course now to save your progress, test your knowledge and get uninterrupted, full access.