Moving average: using them to trade

Moving average: using them to trade

The moving average is one of the most commonly used indicators and they are generally used for two things: determining the market conditions, and entering and exiting a trade.

What is a moving average indicator?

A moving average is an indicator that displays the average price of an instrument over a specific period of time. 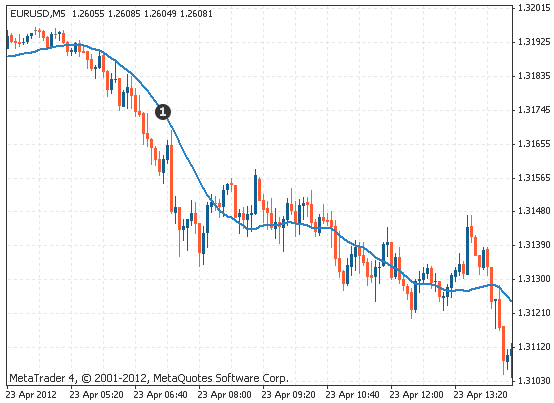 A moving average is not always 20 periods, it is customisable, and so you can choose whichever period you would like. 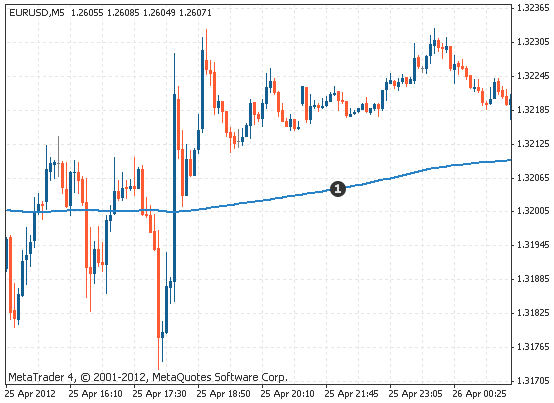 The moving average is used to smooth the price action by producing a single line that makes it easier for traders to interpret market information, such as current trend direction. 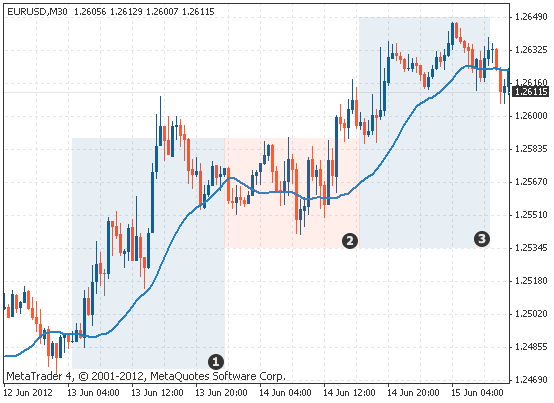 Take note that this is subjective, because any moving average is relative to the period for which you are observing the trend, and further moving averages on the chart must also be taken into consideration. 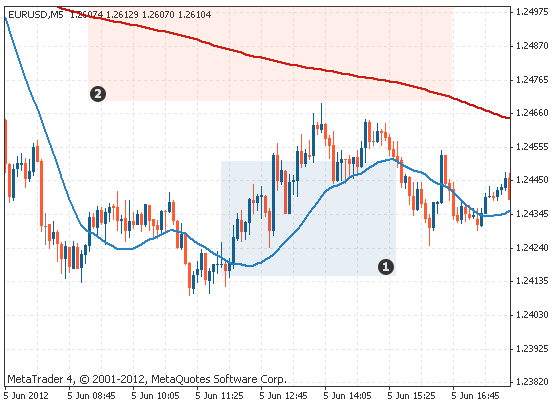 A trader can use these moving averages to not only determine what trend the price is currently in for the shorter term, but to also determine the overall longer term trend.

By using multiple moving averages, a trader can determine a clear downtrend or uptrend. This is because when the market is clearly trending, the moving averages will move into the order of the periods away from the price.

Using multiple moving averages means that you can determine clear uptrends and downtrends. 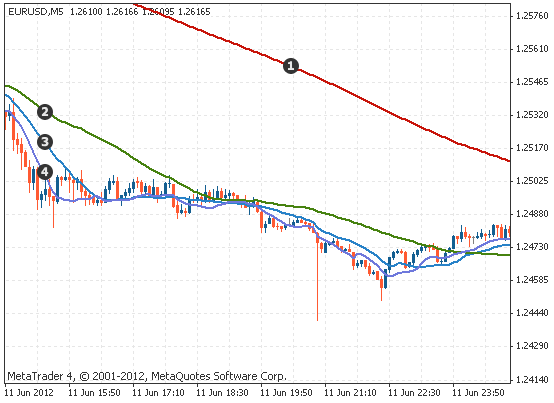 There are no specific rules when choosing the number of periods a trader should apply when using a moving average indicator, the choice is purely down to the individual.

The shorter the period of a moving average, the more quickly it will change, but it will provide less reliable signals. The longer the period, the more reliable the signal, but prices changes much more slowly.

For example, the 10 period moving average takes into account the last 10 periods and will therefore react to the change in price direction very quickly. The downside to this is that the trader may often receive false signals in the change of the trend because short term spikes in price can occur.

On the other end, the 200 period moving average takes longer to react and produces fewer false signals. The downside is that because the reaction is slower, the signals that are produced are much less frequent. 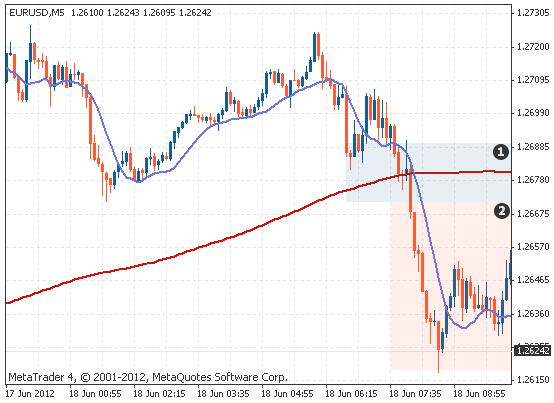 You do not need to be concerned with the actual calculation of the different types of moving averages; almost every charting package will calculate this automatically and you only use the visual lines on the charts.

There are four types of moving averages:

The fundamental difference between these types of moving averages is how they are calculated. Due to this, they appear differently on the price chart. 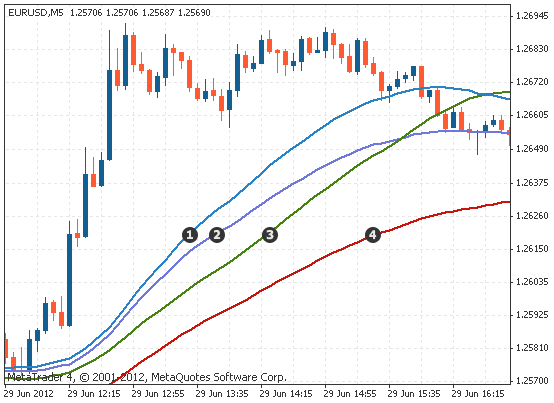 Moving average indicators can also be used as support or resistance for possible entry or exit points in the markets. What this actually means is that when the price comes into contact with the moving average on the price chart, traders watching the charts will then enter orders to either buy or sell. This essentially works in the same way as a horizontal support or resistance line. 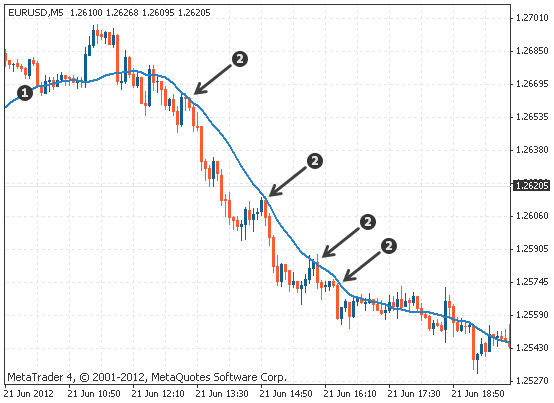 Moving average crossovers can be used to determine when a trend has changed direction. The concept uses two moving averages of different periods to show the short term and the longer term trend in the price. 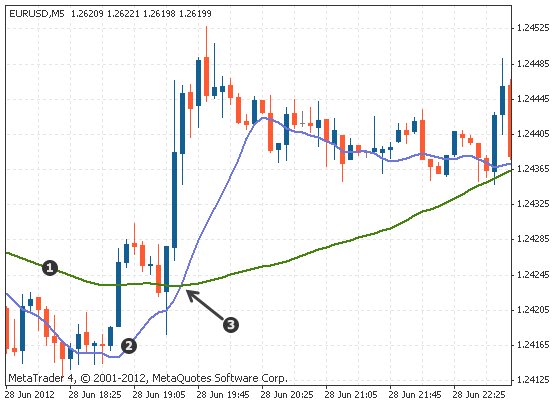