The relative strength index (RSI) is an oscillating indicator that shows when an asset may be overbought or oversold.

The indicator does this by comparing the price action over a period of time – usually 14 periods – that enables the indicator to show if the price has become unusually high or low.

As such, it can be used to determine when a current trend may be coming to an end or when a new trend may be forming.

The RSI is useful for traders looking to time their entries and exits from the markets, in order to take maximum profit ahead of a rise or fall in price.

The chart below shows the RSI indicator on a chart: 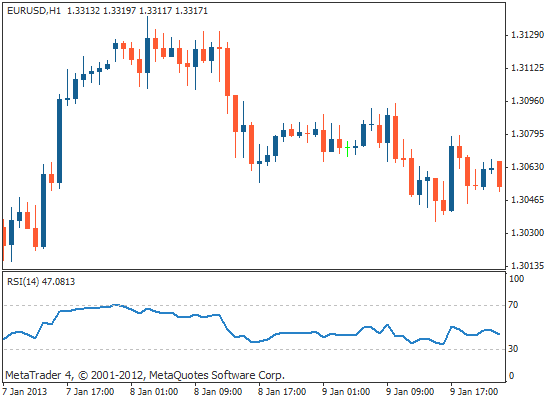 As you can see, the indicator appears below the chart and is made up of a single line that moves between two levels – 0 and 100. In the middle of the chart is the 50 level.

The relative strength index (RSI) is an oscillating indicator that shows when the market may be overbought or oversold.

Using the 50 level to show buying and selling power

The following chart shows the RSI level above 50, indicating there are more buyers than sellers: 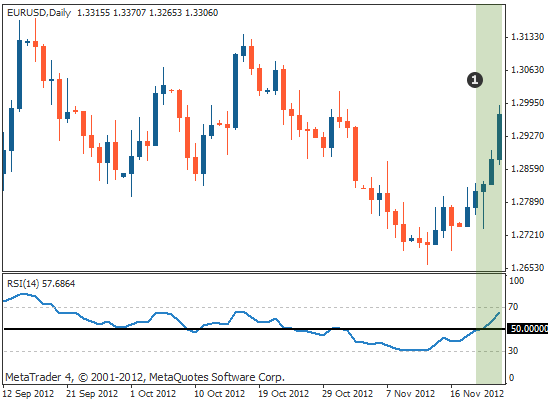 It is only when the RSI begins to approach the 30 or 70 levels that traders pay attention. This marks the point where the asset is becoming overbought or oversold.

When the line is above 70, an uptrend is likely to come to an end.

This is shown on the chart below: 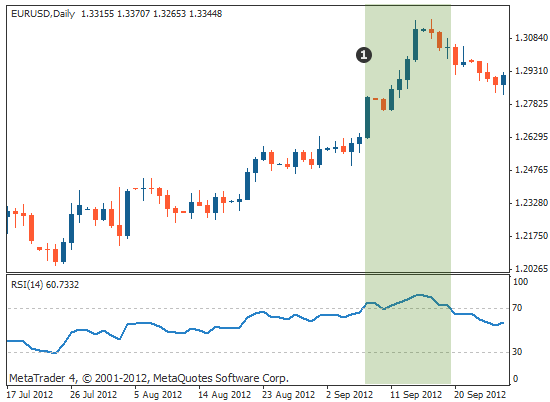 When the line is below 30, a downtrend is likely to come to an end.

This is shown on the chart below: 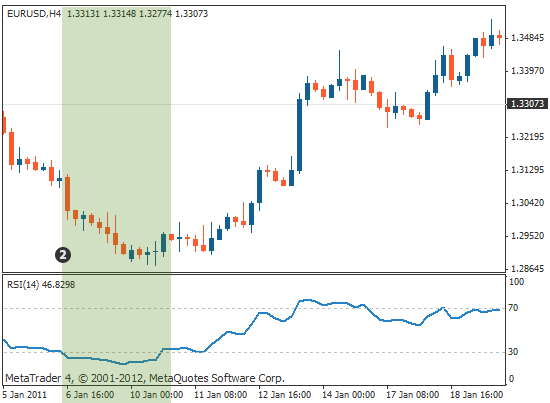 Using the RSI indicator for entries

When an asset has reached an extreme, you can use the RSI to confirm that a reversal may occur and you can enter into a counter trend trade. 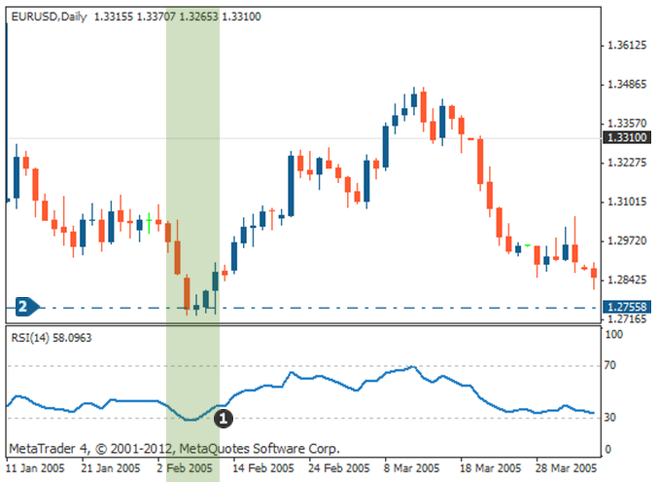 Using the RSI indicator for exits

You can use the RSI to also exit your position when it is indicating the end of a trend. 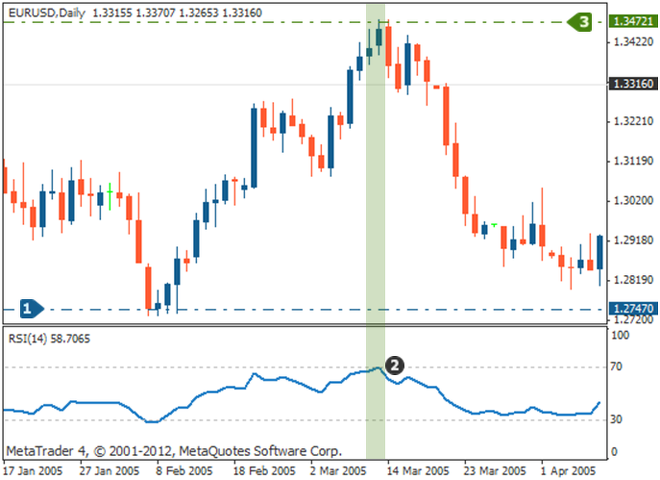 You can change the setting of the RSI indicator to make it more (or less) sensitive to the change in price action.

Increasing the setting makes the RSI less sensitive and results in fewer instances of the asset being identified as overbought or oversold. This means that it is more difficult to identify shifts in trend direction.

The chart below shows the impact of increasing the setting to 28: 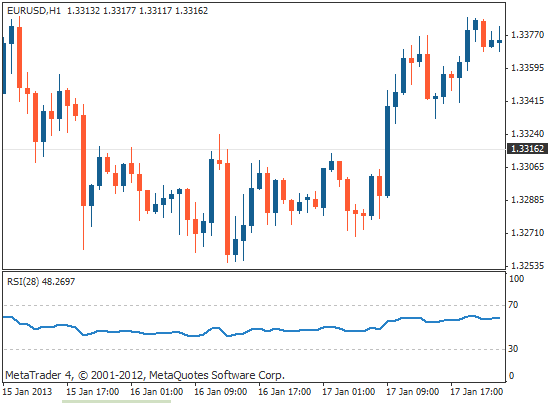 As you can see, the indicator almost never signals an overbought or oversold scenario, rendering the indicator largely ineffective.
When the setting is decreased, the RSI becomes more sensitive, as you can see on the chart below: 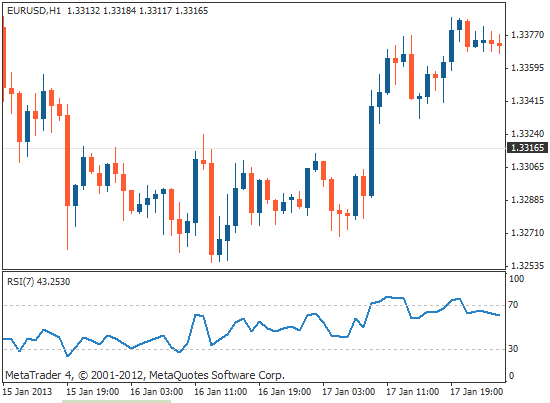 In this example, with the setting at half the standard rate, the indicator line switches between overbought and oversold more often.

Reducing the settings can allow you to identify overbought and oversold conditions much earlier, however, this will also result in more false signals.

Most traders do not change the standard setting from 14, as this is the level that gives them the most useful and reliable information.