The stochastic oscillator is an indicator that helps determine when the price of an asset is about to change direction. It does this by giving signals on whether an asset is overbought or oversold.

Traders use the stochastic oscillator to help them exit existing trades before a trend changes. They also use it to enter trades just as a new trend is beginning.

The stochastic oscillator is made up of two moving average lines that travel in and out of three distinct zones on a chart — an overbought zone at the top, a neutral zone in the centre and an oversold zone at the bottom.

The image below shows how the stochastic oscillator appears in a chart when applied to price action: 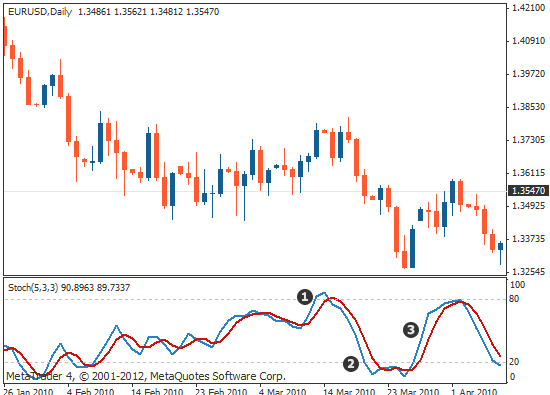 Oversold means that seemingly excessive selling pressure has pushed an asset's price irrationally low. The appearance of an asset's moving average lines in the oversold zone would, therefore, suggest to a trader that an asset's direction was about to change from downwards to upwards, and they would look to buy at this point. 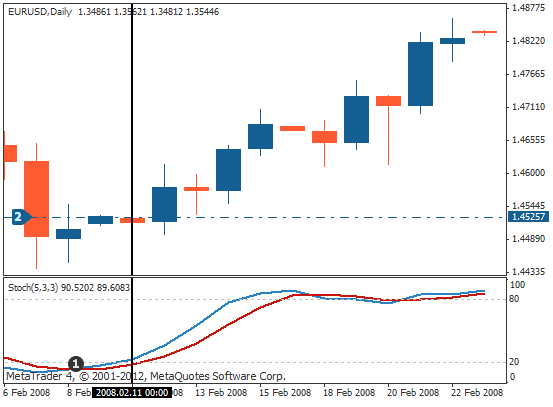 Overbought means the opposite. An asset's moving average line crossing in this 80 zone would, therefore, signal a shift to a downward trend for the asset and a selling opportunity for a trader.

In the following image, the stochastic lines have crossed above the 80 line, indicating an overbought, or bearish signal. Then when the line crosses the 80 line to the downside, a trader would look to place a potential sell order. 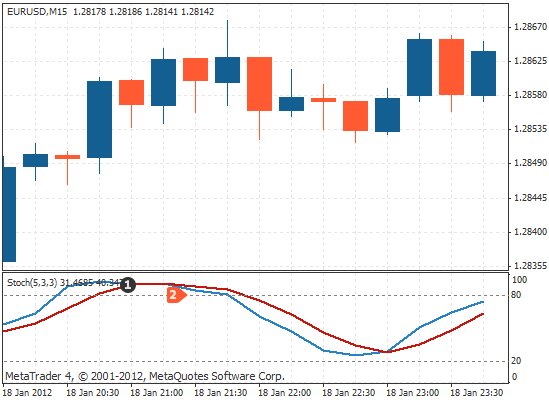 The crossing of the lines also provides a signal

One of the moving average lines used in the stochastic oscillator - the signal line - reacts to price changes more quickly than the other. This faster line tends to give earlier warnings of an asset becoming overbought or oversold.

In the following image, the signal line has crossed above the slower moving average below the 20 line, indicating an oversold, or bullish, signal. 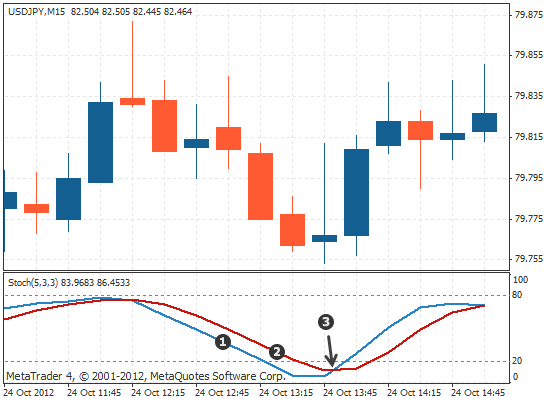 One of the moving average lines in the stochastic oscillator changes more quickly, giving earlier warnings as to whether the asset will become overbought or oversold.

The moving average lines can dip into the zones

In the following image, the signal line dips below 20, and then rises back above it. This would present an opportunity to buy. 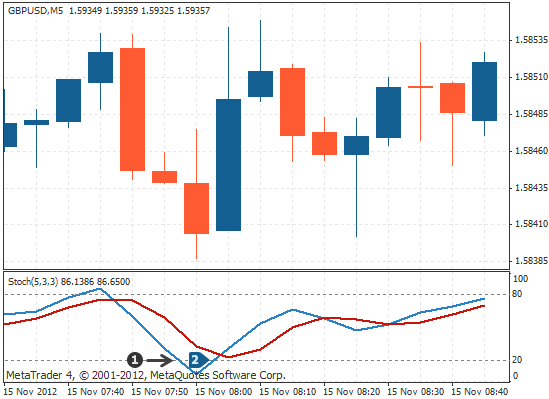 When changing the parameters of the stochastic oscillator, it is important that you test whether the changes are actually improving or worsening your trading results.